When it comes to the action camera you cannot meet the name GoPro which is considered to be the top brand that serve you more valuable features that will enhance your photography and videography level at an higher instance.

It’s been more than a decade that GoPro is consistently serving best possible action camera around with the accessories and mods as well. One of the biggest reason behind its success is its hypersmooth stabilization which is pretty dope.

They have created some of the futuristic and more efficient action cameras from Hero 1 to 8, and as of now they have recently launched their all new multi purpose action camera was named as GoPro Hero 9, it has quite cool features that will grab your attention. The price falls on the screen is nearly equal to Rs. 49,500. If you’re wondering to find the honest review make sure to stick with the post till end as I’ll guide you whether it fits your requirement or not.

If that sounds great to you make sure to stick with the post till end. With that being said lets get started.

What’s in the box? For testing purpose we recently purchased newly launched we recently bought for the package of camera. And I was amazed by the accessories they provide in the box. So here the list of accessories you get in the box:-

Due to the pandemic situation I haven’t used the hand grip that you get with the camera but have I have tested out few of the other accessories that is being provided by the GoPro amongst which one of the best feature of gopro I like is its front display. The front display helps you in the vlogging. 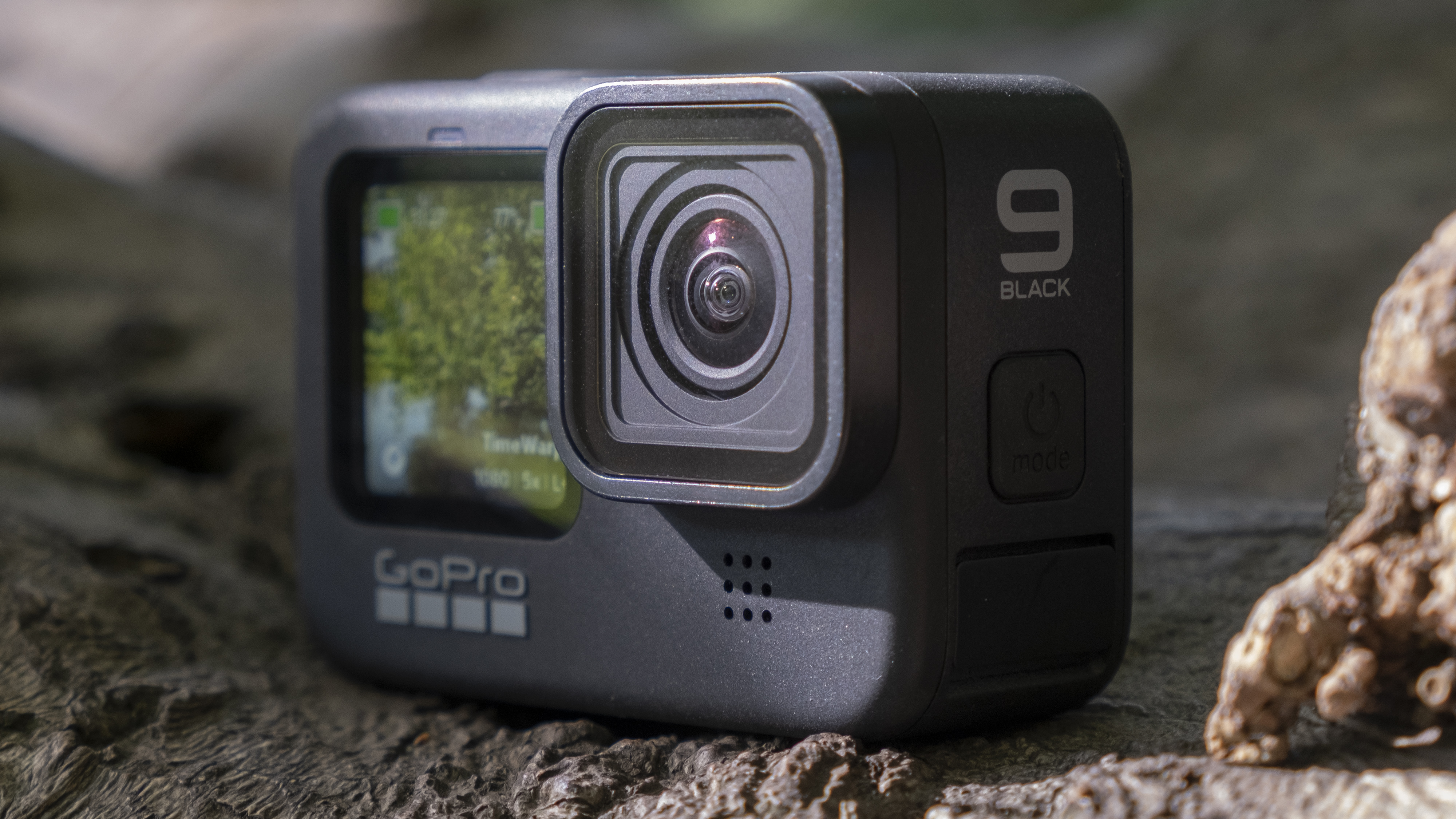 Undoubtedly from past to so many years serving the best quality action cameras that none of the other brand service. So one who uses it as referred as possible though no room remains for the complain as you get the most convenient and super feasible but quality that makes it the perfect pick.

Although the quality you get is top notch so you can even carry it anywhere in your pocket. Apart from this the new GoPro Hero 9 has the capability to shoot underwater footage up to 33 feet which makes it a perfect waterproof camera.

You get the rubber finish outside the camera which gives it a nice feel that you can grab in your hand and while holding it feels really small but a performance you get is top notch. At the bottom of camera you get the mounting feet, using which you can Mount it anywhere on the tripod. Even if you don’t use them apparently you can even fool them accordingly.

Until now the GoPro was providing a single display but is time ko pro has done something improvement and that’s the reason why they are at it is 1.4 inch of front display which is more effective for the blogging purpose. Similarly Kaun the backside you get the standard 2.27 inch touch screen display that is similar to the older version GoPro camera.

The display quality is pretty bright due to which you can you will shoot it in direct sunlight as well. Apart from this the camera has a couple of button using which you can turn it on on and off and on the bottom of top you get a recording button as well.

You get to slot for putting in the battery and the MicroSD card for improving the overall capability to store footage. You can charge it using the USB C port and same port can be used for transferring the data.

As of now you can also remove the lens of GoPro Hero 9 which is very simple and you can even twist in the lens with the help of screw. Due to support of multi lens mod you can even install the new view finder GoPro max lens mod as well.

As we all know that GoPro Hero 9 is power-packed Asian camera so there are number of things that we can talk about but one of the major aspect of this camera is its video modes and equality that has pretty improved features compared to the earlier one and that’s what makes it the perfect action camera of all time.

For shooting up videos the all-new GoPro Hero 9 offers you some of the best in class features using which one can shoot high quality videos. For the betterment of video you get some of the preset setting options in the box so you need to do is power it on and start recording.

Following are the camera options that you get:-

Slow motion camera for GoPro is quite decent so one can shoot it in the higher and lower frame rates too which makes the sense for the filmmakers. The hypersmooth feature of the GoPro is quite good which gives you an awesome video recording opportunity.

Along with that as per the better commencement you can select the specific feature along with the preset that you need to shoot which means you get the plethora of options which makes it the perfect on the go camera.

You also get an option of turning on the timeline for the better commencement that sympathy is your while filmmaking journey and minimizes the efforts to shoot the better pictures without investing into high end dslrs.

Apart from this new GoPro Hero 9 also allows you to shoot the videos in 5K which makes it perfect tool kit using which you can shoot high quality videos. The all new hypersmooth 3.0 allows you to shoot pretty stable footage even if you’re using it while travelling. So there’s no need of using gimbal everything gets done by the gopro itself.

Using this hyperlapse feature you can shoot while horse riding, skiing or even dip into the water there are various different modes in which you can shoot the videos and pictures that provides you an opportunity to Grab this whole product for the better commencement.

When it comes to the technical features let me tell you that all new GoPro Hero 9 offers you a 20MP of camera.  although the camera is specifically made for the video shooting purpose but their pictures are pretty decent. when I compared the quality of picture with smart phone it came to know that the GoPro offers you the similar quality picture has of the mid range smartphone serves you.

apart from this there are some of the advanced photography features are available using which you can click show of the better shots as well in JPEG mode.  you can even click the raw pictures and edit it later as per the choice using the  softwares like Adobe Photoshop and lightroom.

all new burst mode GoPro Hero 9 allows you to shoot in 25 FPS. There’s also an option to shoot the sort videos and live mode allows you to go live on the social media platforms like Instagram and Twitter.

The all new GoPro hero 9 also has an night mode using which you can even shoot the pictures and videos at night.  even if the lightning condition is not upto the mark you will be able to shoot the videos and pictures in a decent quality.

Earlier lot meaning GoPro users complain about drainage of battery as they were providing 1220 m a h battery but currently they are serving the highest battery of around 1720 mAh which makes it the perfect camera of all time that you can grab.

well there are so much factor depends upon the battery life so depending upon the usage the battery will perform in the same manner so make sure to charge it while going out photoshoot.  but as of now let me tell you that we have tested it and found that it was you around 6 to 7 hours of consistent video support to shoot in with both the batteries used.

if you are quite enthusiastic for shooting videos then this camera is just wait for you just because it has pretty cool features that none of the Other camera provide you at this price range of Rs.49,500.  in case if you are just getting started with the video shooting and we need to Grab the best action camera under budget that will get your job done and does not consume a lot much amount of space then I will highly recommend you to have an eye upon the newly launched GoPro Hero 9. So definitely check it out.