Throughout the decade Asus is about to win the game in the market all across the globe just because of regular launches in the laptops and the smartphones, if you are very familiar with the laptops which come with by the Asus brand then you might be knowing that their ROG is one of the highly termed flagship series of which phones and laptops are very popular.

It has its own market just because of the new look and Impressions which is insane which none of the laptops provides. And that’s what we are going to talk about in this complete post.

We all know that the ROG and TUF are the couple of series which come by the Asus which are basically considered to be the best in class and most reliable which are specifically Made For The Gamers, online creators, etc. So if you are a mouse to them then I must say that all-new Asus Zephyrus g14 is just made for you which is expert in all the levels from the battery backup to the build quality.

So without any further ado let’s dive into their specifications. 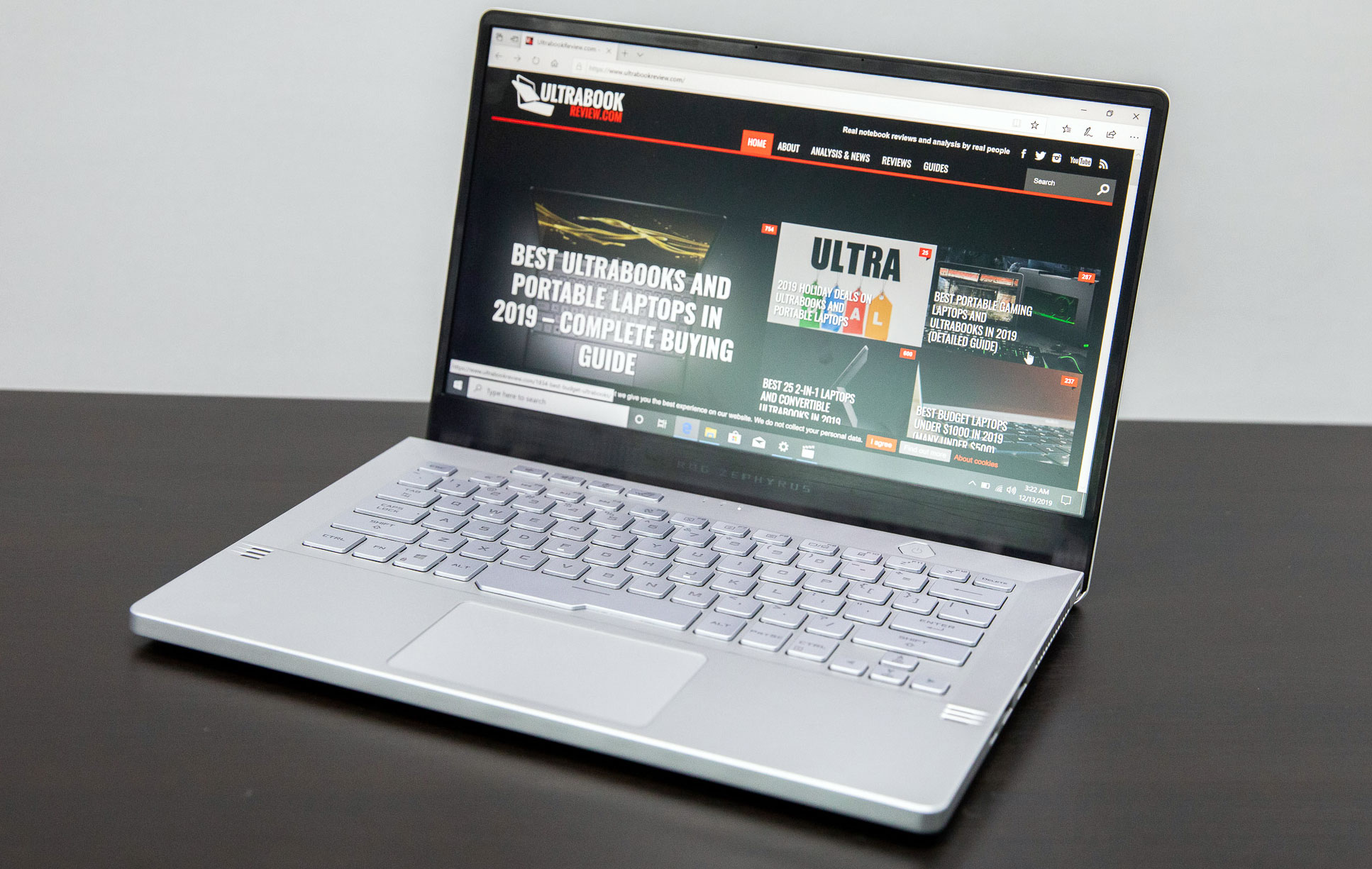 The company already revealed back in January that they are going to release something special in 2020 and by launching this beast they had their promise of launching the best in class and most reliable laptop. Along with the g14 Asus also launched the other 3 laptops too which makes the market challenges.

And moreover, the G14 is considered to be the most reliable amongst all just because of its feature which is insane managed and up-to-date. From Hardware to the software each one of the features is seamless. The series of laptop consists of GA401IV, GA401IU, GA401II, GA401IH. Amongst them, the GA401IV is the top-end variant that has higher specs whereas the GA401IH is the budget-friendly Laptop that has the entry-level gaming features but let me tell you in Look wise each one of them is decent. You’ll not find much difference rather than just the hardware. If you’re just a casual gamer the budget variant will be suitable and as it’s budget-friendly so you might not face difficulty while purchasing it.

When it comes to the processor which is one of the major parts of laptops and computers the all-new Asus Zephyrus g14 comes with the best processor i.e. Ryzen 9 4900HS, along with that when it comes to the Graphics processor it consists of all-new NVIDIA RTX 2060 Max-Q GPU. You get various options in it like you can also opt their FHD display variant where you’ll get the higher resolution i.e. 1920 × 1080 which is the best in my opinion that comes with the 120Hz refresh rate. So if that sounds great to you make sure to check it out once.

Storage and Ram management are a couple of ways that’ll manage your machine properly and surprisingly it comes with the highest 32 GB of DDR4 RAM and the 1 TB of  NVMe PCIe SSD storage which makes your machine even faster in each term. Not only that to make the laptop complete package it has the backlit keyboard as well which enhances the look of the laptop. Along with that, it has the 2.5W Dolby atmos speakers inbuilt which improves the quality of the laptop.

When it comes to the physical over you let me tell you that the build quality of the laptop is pretty impressive, the overall body is made up of metal which enhances the sturdiness of the machine. It has to USB C type put along with that the USB 3.2 protocol support. So in case if you want you can also use the C type food as a thunderbolt port as well.

Aside from this, the laptop also has the type A USB 3.2 gen 1 port as well, not only that it also has the HDMI 2.0b port which enhances the easiness of the users. For audio output, it had the 3.5mm jack too in case you can use it subsequently. So even if you are a high-end gamer you will not find any of the issues on leg over there just because of the high refresh rate and top-notch hardware and software which makes the laptop complete package.

Pricing is one of the most important events of a laptop. And the feature is seamless in all-new Asus Zephyrus. GA401IH is priced at approximately Rs. 80,990 and the GA401II are priced at just Rs. 98,990. And the Higher variant is priced at Rs. 1,61,990 which makes the true sense when we compare it with the featured they’re offering. You can purchase them exclusively from the amazon.in or from any of the local offline store. So make sure to check it out.

If you’re looking for the high class performing laptop then I will highly recommend you to go with the all-new Asus Zephyrus g14 which is a kind of most convenient laptop amongst all. And moreover, the looks are the main highlight of the laptop which improves the quality and build quality as well. So if that sounds great to you make sure to check it out.